← “Rejoice” – Worship Conference and New Song
For All Generations →

Be with Me, Lord

It will be 10 years this summer since this song was published in the church song book “Songs of the Kingdom”, by DPI (I had written it a couple years earlier). “Be with Me, Lord” has definitely become the most popular of songs I’ve written. Maybe it’s because of the infectious repetitive chorus. Maybe because so many can relate to the sentiment of the lyrics. Honestly, I’ve got to give credit for this song to Paul Simon and Ladysmith Black Mambazo.

How I remember it, I had been listening this great album, “Graceland,” by Paul Simon, in particular this song called “Diamonds on the Souls of Her Shoes.” On that song the choral group Ladymith Black Mambazo (these cool African guys) close out the song going “Ta na na na na, Ta na na na na” over and over again. I remember humming the tune while taking a shower and somehow that repeating phrase became “Be with me, lord; be with me, lord” –over and over, and OVER. The next few days I kept mumbling it and my wife was like, “can you stop that, please?!” I went on a prayer walk at a park near my house, and the melody and lyric of the three verses just came to me. So many of my prayers seem to be filled with the content of those verses:

“I need to know that you are there, God.”

“I know you promised I wouldn’t be tested more than I could bear… so help me!”

“Help me to be bold. Help me to make a difference. Help me know you’re with me.”

I wrote out the parts and taught it to some singers in my local church, and then it just gradually started catching on in churches around our fellowship. It was cool last year to get to go both to Mexico and hear them singing it in Spanish, and to Ukraine and hear them singing it in Russian. Here is a video of the Keiv Ukraine experience. There was this awesome band of musicians that I jumped in with. We couldn’t even communicate with each other except through music, smiles, and hugs. We had about 5 minutes to throw it together. On stage was a group of singers in Russian, and a group of Americans singing in English. The audience was filled with about five thousand people, mostly singing in Russian. It was really cool. On the video you can hear the second verse being sung in Russian.

Also this past year my church did a special worship service where they appointed me a “Minister of Music and Media” and the kids surprised me by singing the song. My young friend Daniel Plymell played guitar and all these kids filled the stage to sing. I love that my own kids hold this as their #2 all-time favorite song (#1 of course is “Blue Skies and Rainbows” – which my middle child referred to for the longest time as “Blue Guys and Rainbows”). I think these are great words to have rolling around in their brain. Here’s the video (my oldest son is the one in blue the camera zooms in on during the first verse):

I put out a CD a few years ago called “Be with Me, Lord.” Here is the version of the song that appeared on that album.
Be With Me, Lord

Here is an earlier version of the song. I couldn’t decide which recording I liked better for the album, so at the time the CD was being released I put it out to vote and the one above was chosen. I still like this version too, though.
Be With Me, Lord (prerelease)

Finally, here is a version that appeared on an album put out by members of a church in Berlin, Germany — a total surprise and a lot of fun to hear it when a friend gave me a copy.
Be With Me Lord – IGC Berlin

Chord Chart – here is how I normally play it
(by the way, this was a purely a capella song for a long time. But then a friend Tammy Fleming asked me to play guitar with it for a women’s event and I’ve been doing it with guitar ever since)

Search here for a song you may be looking for… 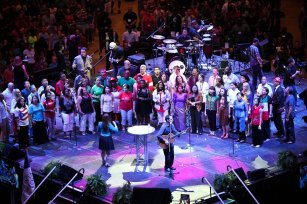 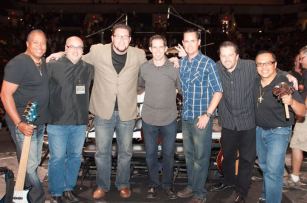 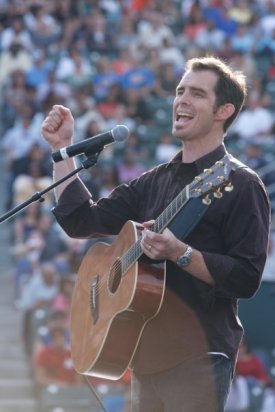